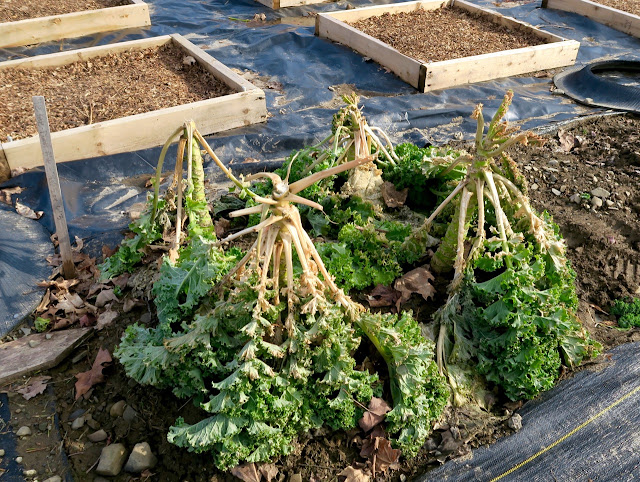 We are having a wonderful January thaw here in the Finger Lakes Region of New York State. It got up to 50° yesterday. The soil in my minibeds, under the shredded leaf mulch, is soft and workable. I feel as though I should start planting peas!

But there is plenty of snow and cold yet to come. It's much too early for pea seed planting. Nevertheless, I was in my garden today, looking, and thinking, and dreaming about my experimental Minibeds-on-Plastic project.

I came upon the four plants you see in the picture above. Those four kale plants were grown in last year's garden and they were incredibly productive. I wrote about them HERE. I harvested from those four kale plants several times after I wrote that review. And here's something amazing... 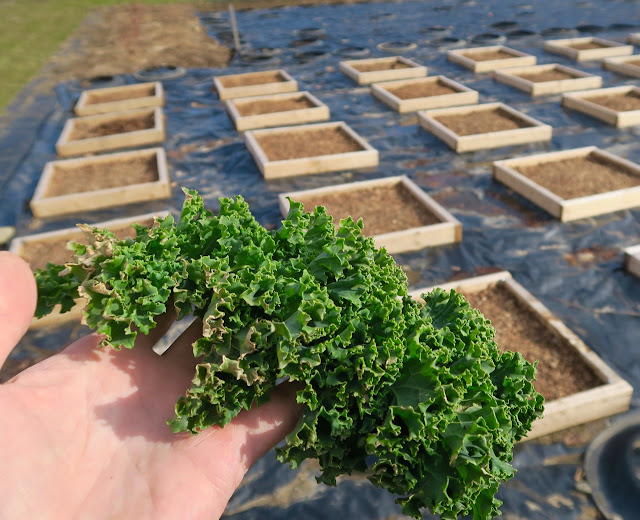 Those four kale plants are downright sad looking here in January, after being covered over and weighted down by snow, but much of the kale is still perfectly good!

In fact, Marlene made some potato soup a few days ago and put a lot of those kale leaves into the soup. The raw leaves are the sweetest kale I have ever tasted.

So, based on that 30" x 30" planting from last year, I'm confident that a single minibed in the new experimental garden is going to provide a harvest of equal significance.

Also, some of you may recall that I planted four broccoli seedlings in an experimental minibed last September. I wrote all about it HERE. Those broccoli grew very well and we harvested them some time later. Here's a picture of the plants today... 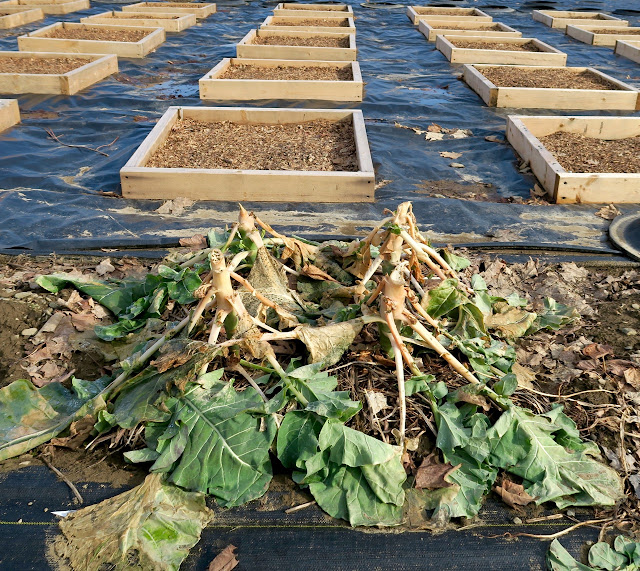 There is nothing good to eat on those plants now, but I want to show you that they did, indeed, grow up nicely, and four plants in a 30" x 30" square worked out very well. So, I will be  growing broccoli in the experimental garden with the same spacing. 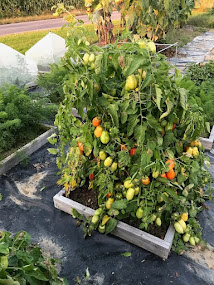 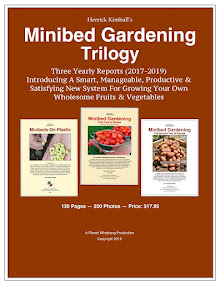 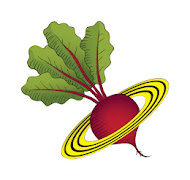